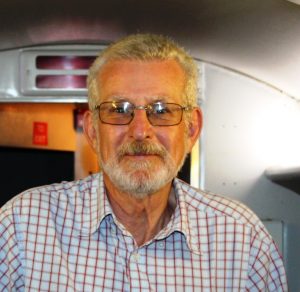 Mike Milln spent his working life in aviation: first in Canada for twenty-three years with Canadian Pacific Airlines, then another twenty-five in Australia in both private and public sectors. Today he is an active member of the South Australian Aviation Museum, and these book have been written
with the keen support of the Museum’s History Group.

It is more than eight years since Mike started researching and writing the history of the Royal Aero Club of South Australia. He published Book 1 – the period between the wars – in 2011. Book 2 takes up the story from WW II until the Club failed some 40 years later, and was a much bigger task. Mike took a break after completing Book 1 then started on Book 2 when he retired in 2014. It has taken him until March 2018 to complete.